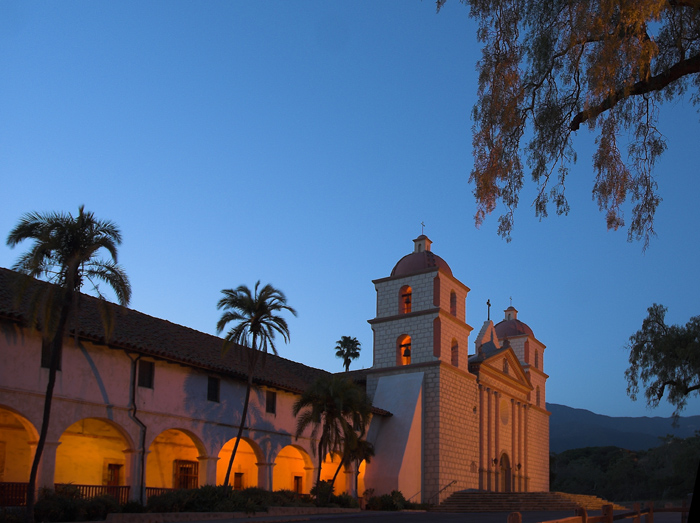 Mission Santa Barbara was the tenth of the California missions to be founded by the Spanish Franciscans. It was established on the Feast of St. Barbara, Dec 4, 1786. The original buildings were of adobe and unpretentious. As the years passed, there was progress and development. There were three adobe churches here, each larger than the other, before the present church. The third was destroyed by earthquake in 1812. Thereafter the present church was planned. It was finished and dedicated in 1820. The present friary residence was built gradually, first one story, then a second was added. It was not finished until 1870. The beautiful fountain in front of the Mission was built in 1808. The earthquake of June 29, 1925 damaged the Mission Church and friary considerably. Restoration work was completed in 1927 and the towers reinforced in 1953.