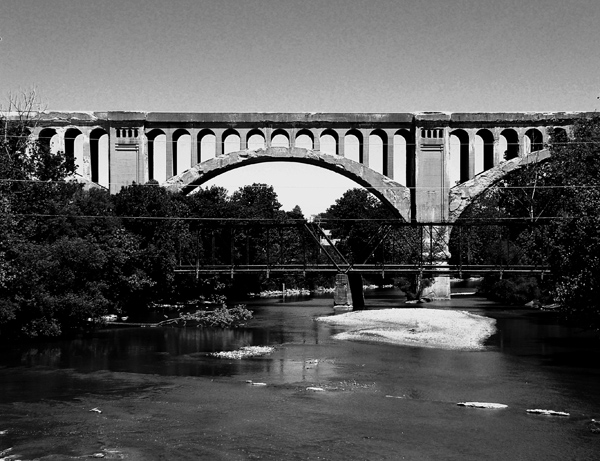 A Sidney, Ohio landmark since 1923. The Big Four Railroad line was the east-west link through the county. It was known as the Cleveland, Cincinnati, Chicago and St. Louis (thus the Big Four Railroad), later the Bee line, and after 1930, the New York Central Railroad. Construction workers used 28,000 cubic yards of concrete and 900,000 pounds of steel. Legend has it that a worker was walking across the planks when he stepped on it wrong and the board flipped up causing him to lose balance and forcing him to fall into the concrete. Other workers tried to get him out, but their efforts were worthless. He was gone, sinking into the concrete. Twenty minutes later they began pouring again.