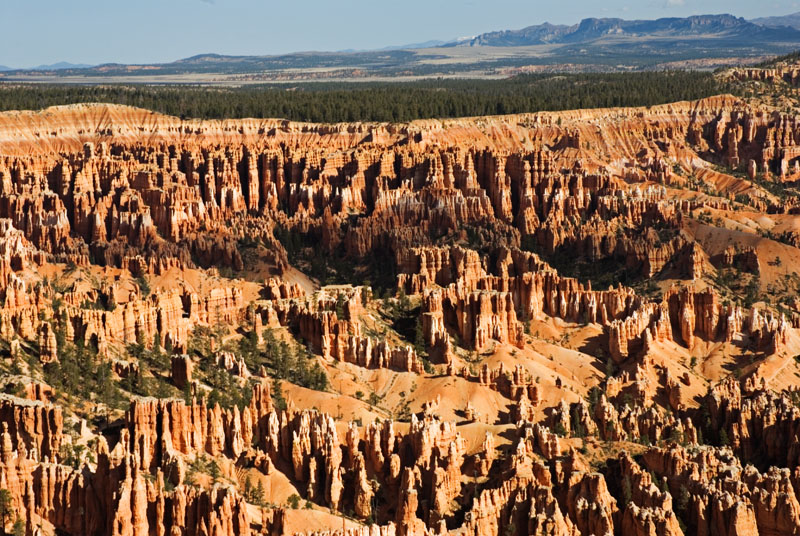 Another canyon photo! This one defies any type of description. Looks like something the Disney engineers would build for their parks. Despite its name, this is not actually a canyon, but rather a giant natural amphitheater created by erosion along the eastern side of the Paunsaugunt Plateau. Bryce is distinctive due to its geological structures, called hoodoos, formed from wind, water, and ice erosion of the river and lakebed sedimentary rocks. A must visit for all.