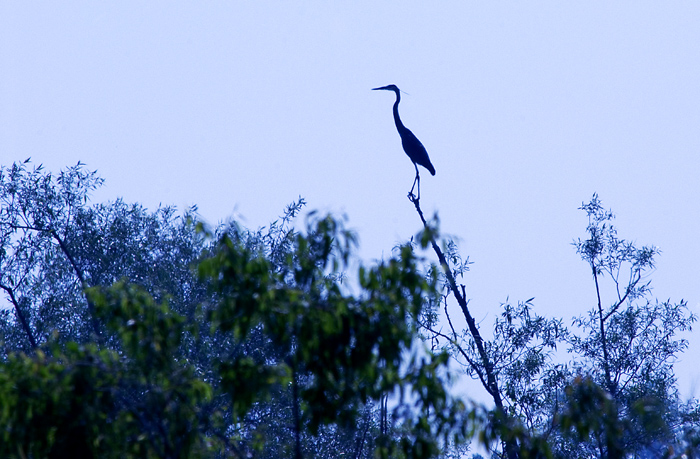 The great blue heron stands nearly four feet tall. It has a whitish head with black plumes that originate just above its eyes and project out behind its head. One of the largest bird species in Ohio, there was a time when heron numbers dwindled as the feathers were a favorite of the millinery trade during the 1800s.

The great blue heron is often observed motionless, as seen here, unlike other predators that actively stalk on foot or wing, the great blue heron takes the complete opposite approach–it stands still, watching the water for a fish. Then in the blink of an eye, in a sharp and seamless movement it will snare its prey.

Male herons are the first to arrive at the previous year’s nest. Later after females arrive, courtship rituals are initiated between pairs. The birds will dance in circles and nibble at each others’ feathers. The female will often urge the strutting males on by croaking in response to their actions.