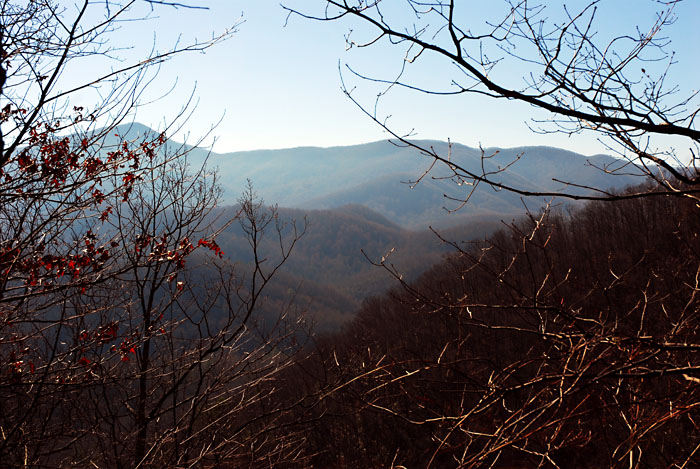 Took a detour on the way back from Florida and visited the Great Smoky Mountains near Gatlinburg, TN. The Great Smoky Mountains National Park is the prominent feature of the mountains. It was established as a national park in the 1930s, and with over 9 million visits per year, it is the most-visited national park in the United States. The name of the area comes from the natural haze that often hangs over it. Hydrocarbons produced by trees and other local vegetation, as well as higher humidity produce a bluish cast to the sky. The culture of the area is that of Appalachia, and previously the Cherokee people. Country music legend Dolly Parton is from the Smokies, born and raised in Sevierville. Dollywood amusement park is nearby.