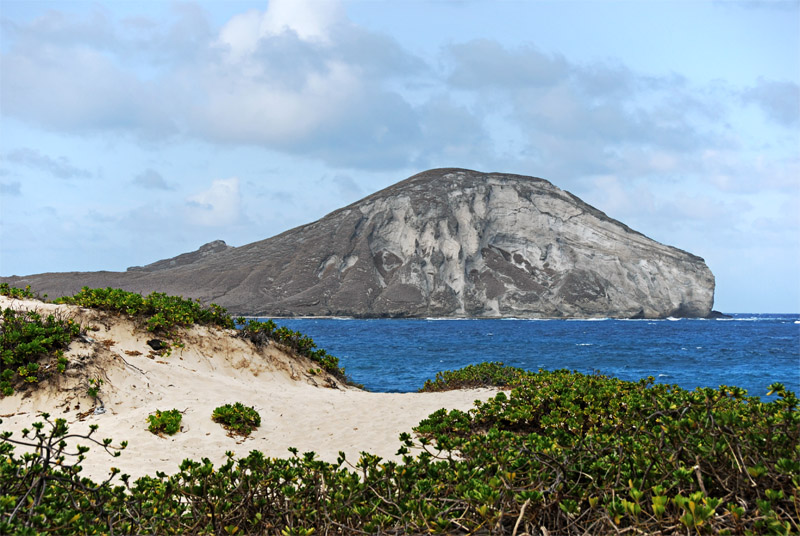 Manana Island, aka Rabbit Island, is a small islet located off the eastern windward shore of the island of Oahu, between Makapuu Point and Waimanalo. Some people think it is named because the island is shaped like a rabbit’s head or body, but it is actually because rabbits were raised on the island until 1994. The rabbits were removed at that time because they started destroying the native ecosystem of the island, which is an important seabird breeding area. It is a 63 acre volcanic tuff cone island. It is about 2300 feet long and 4200 feet wide, rises to about 360 feet at its highest point.