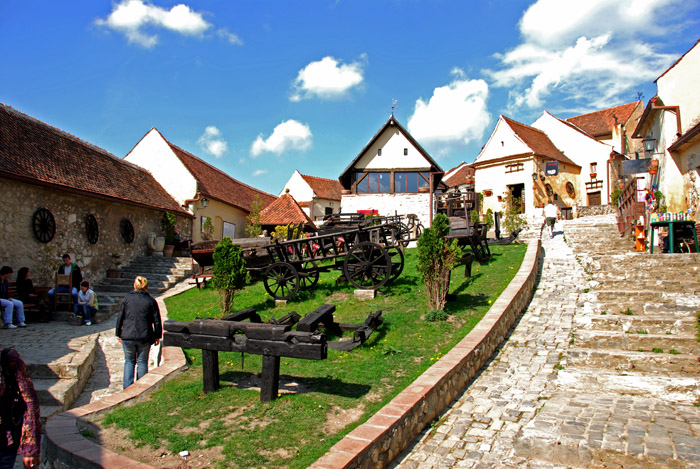 The good ‘ole days when all you had to worry about was being raped and pillaged by your neighbors.

There is a myth attached to Râşnov Fortress. During a particularly long siege of the fortress, the citizens of Râşnov were concerned about the lack of available fresh drinking water. Two Turkish soldiers, having been captured earlier, were put to the task of digging a well in the center of the fortress. These two men were assured that they would be given their freedom once the well was completed. According to local legend, it took them 17 years to finish the well, but they were still killed afterward. This famous well still sits in the center of Râşnov Fortress, and is 143 meters deep.