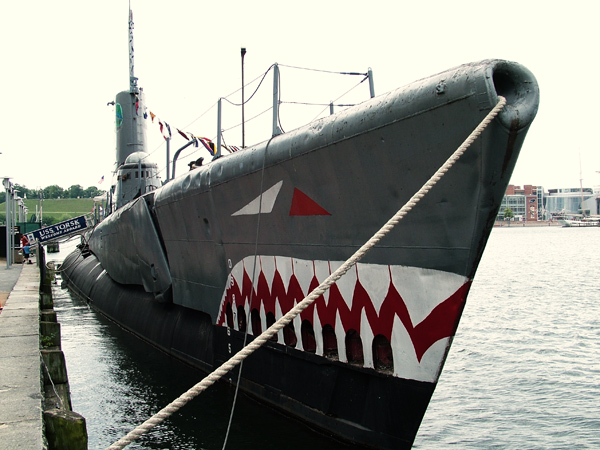 USS Torsk (SS-423) was built at Portsmouth Naval Shipyard in Portsmouth, New Hampshire. The keel was laid on 7 June 1944. The submarine was launched on 6 September 1944. For many years it was customary to name U.S. submarines for fish, although this custom no longer exists. World War II submarines were named for everything that swam, from <i>Albacore</i> to <i>Whale</i>. The <i>Torsk</i> got its name from a gadoid fish, allied to the codfish, which is found in the North Atlantic. The name <i>Torsk</i> is Norwegian in origin. The <i>Torsk</i> has the distinction of firing the last torpedo and sinking the last Japanese combatant ships of World War II.