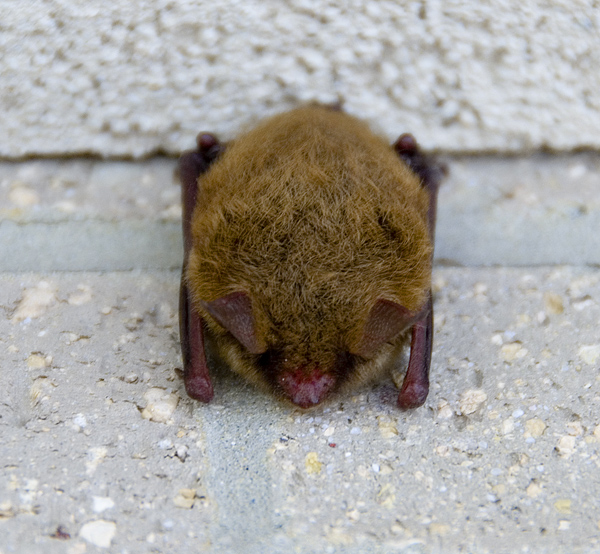 This brown bat was found hanging on a wall outside the entrance to city hall in Wapakoneta, Ohio. Being tax time, he was making sure all good citizens were doing their best to pay their city income taxes on time.

The little brown bat is one of 13 bat species recorded in Ohio, it is common throughout the state. Its name goes a long way toward describing its appearance. Its fur is uniformly dark brown on the upper parts, with slightly paler, grayish under parts. The wing membranes are dark brown. The bats are between 4.6 to 5.6 inches long and weigh 0.19 to 0.34 ounces. Their total wingspan is 8.7 to 10.6 inches wide.