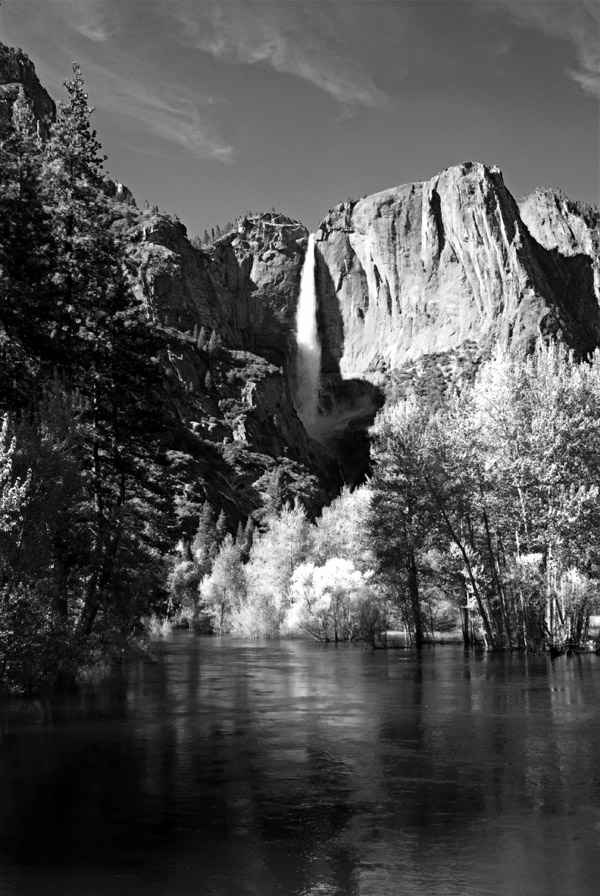 Yosemite Falls is the highest measured waterfall in North America. Located in Yosemite National Park in the Sierra Nevada mountains of California. The 1430 foot (425m) plunge qualifies the Upper Falls alone as one of the twenty highest waterfalls in the world.

The Ahwahneechee people of Yosemite Valley called the waterfall “Cholock” and believed that the plunge pool at its base was inhabited by the spirits of several witches, called the Poloti. An Ahwaneechee folktale describes a woman going to fetch a pail of water from the pool, and drawing it out full of snakes. Later that night, after the woman had trespassed into their territory, the spirits caused the woman’s house to be sucked into the pool by a powerful wind, taking the woman and her newborn baby with her.