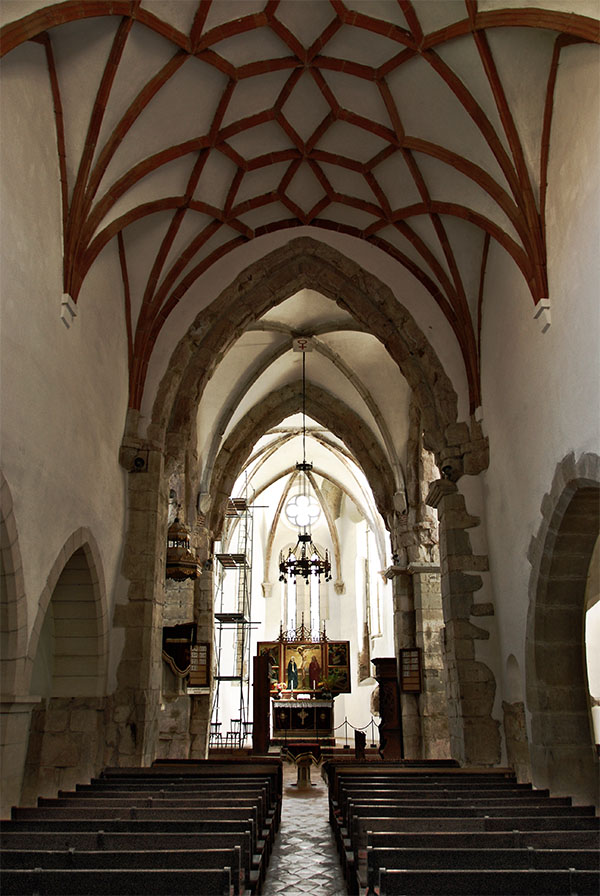 The Fortified Church of Prejmer, Romania was built in 1225 and surrounded in the 15th century by a thick, circular wall 12m high, lined two centuries later with four tiers of rooms. The entrance tower is itself protected by another fortified enclosure, the Mayor’s Courtyard. The Gothic church is austere; it is said to contain Cistercian elements. Inside are some painted wood furniture, bearing German Gothic inscriptions, and a mid-15th century triptych painted in tempera.