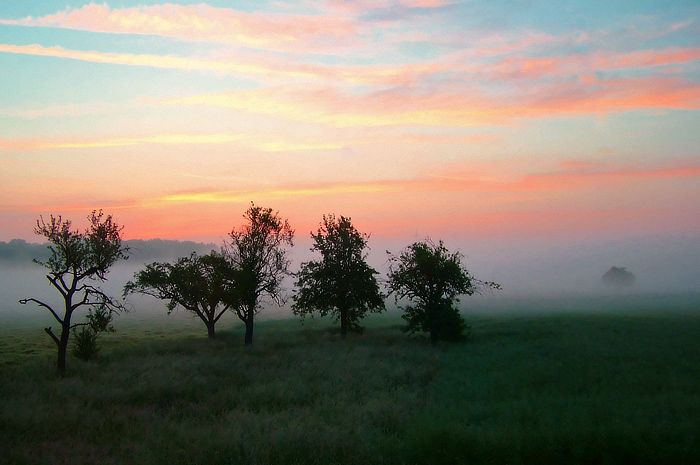 Emilia and I took a bus from Vienna to Frankfurt. It was a somewhat pleasant trip, except they pretty much refused to turn on the air conditioning on the bus. About 15 kilometers from Frankfurt we heard a series of beeps and then the driver pulled off to the side of the road. After about 10 minutes the drivers came back on the bus and started again. They never said a word to any of the passengers. Another 3 kilometers down the road and they pulled into a rest area. As I got off the bus, engine coolant was exploding from the engine. We ended up spending about an hour at the rest area and arrived in Frankfurt a little over an hour late.

This shot was taken while the bus was pulled over on the side of the road. It is a little noisy, mainly from shooting through the tinted bus windows using the Fujifilm S7000 that I had out of the backpack at the time.