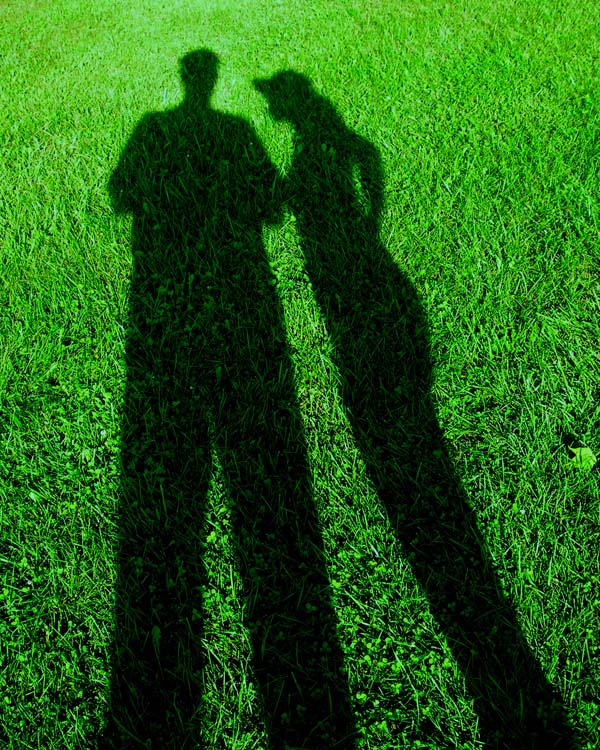 No Shadow of Doubt

Emilia and myself, or more exact, our shadows. A shadow is a region of darkness where light is blocked. A shadow occupies all the space behind an opaque object with light in front of it. The cross section of a shadow is a two-dimensional silhouette, or reverse projection of the object blocking the light. The closer to 90 degrees the angle between an elongated object and the direction of the light it blocks, the bigger its shadow. The smaller the angle between the direction of the light and the surface on which the shadow occurs, the longer the shadow is. If the object is close to the light source, the shadow is large. If the surface is curved there are further distortions.<br /><br />(<b><u>Shadow of a Doubt</u></b> is a 1943 Alfred Hitchcock film noir which tells the story of a young woman who thinks that her visiting uncle might be a serial killer.)