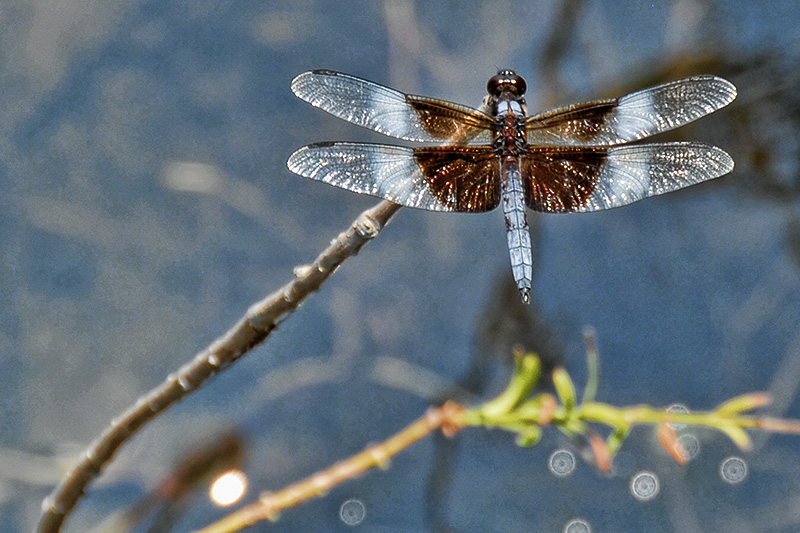 The wings of the Widow Skimmer Dragonfly make it one of the most uniquely colored dragonflies with such distinctive markings. The Widow Skimmer is a dragonfly (Libellula luctuosa) of the Family Libellulidae and has a beautiful brownish-blue skimmer body with black curved color patterns on their wings that extend over half its wing surface followed by a bluish-white to light-pink outer stripe and a darkening at the wing-tips. The face (or head) is usually pale yellow or brown for juveniles and females, but darkens to black in mature males and ultimately turns to powder-blue later in life.

This Widow Skimmer was photographed at the wonderful Dawes Arboretum over the July 4th weekend, with temperatures reaching the mid 90s even the dragonflies were looking for ways to cool off. Because of the excessive heat, we only spent a few hours here enjoying the Japanese Garden and the island on the lake.